PART 1 of the GEO-HELIOCENTRIC INVESTIGATION:

Marrying the Universal Concept of the

What if our concept of the solar system or belief about the universe was wrong, upside down, or even a theory consisting of misinterpreted data?  Would you want to kno

While the investigation of both our world and the worlds above are ongoing, we still have much to learn, but we also must be willing to correct our scientifically based theoretical errors.  The questions about our universe are endless, and rightfully so, but our awareness of what we observe and study changes as we discover new information that supports, contradicts, or confounds the old.  Today, many students of science, spirituality, and creation, are combating the information we have been taught with compelling factors that very well may change what we have settled so firmly on claiming to know about the universe.  Which leads us to the investigation of concepts like heliocentric, geocentric, and even the forgotten theory of geo-heliocentricity. Furthermore, we are faced with scientific disputes about flat earth, global earth, or the convex/concave earth.  Any real scientists or person of intelligence knows its more than ok to ask questions, and just as important, it is progressive to question what you thought you knew.

With NASA spending years upon years of research and sending back floods of data and imagery to illustrate the painting of the universe, it would do us well to know whether the painting they draw is the correct illustration.  It’s time to investigate the Universe that was once in ancient days of old Geocentric, but now illustrated to the world as Heliocentric.

Is there a misconception of the display being portrayed as truth?

My research is includes science, the bible, history, and the theoretical scientists involved in changing the world with its views.  As always, I believe the Bible to have recorded evidence and clues to what has been know from history, and what is still true in the present.  It is important to observe the information through the right telescopic and microscopic lense.

Our world is now faced with a growing view of the universe or the planetary solar system that is clashing with what we have been taught since around the early 1600’s regarding what the science of the heavens and earth.  Today we are confronted with the idea of a “flat earth” or the same “globe earth” we have grown up to know as true science. On the surface, the flat earther movement seems a little far-fetched and exaggerated. I will admit, even though it seems like a child calling for attention to a matter that has been settled, the concept of the flat earth isn’t so crazy after all.  Like many who are learning more about this new theory, I still pulled back adopting it as truth, because I wasn’t convinced enough, nor did I want to accept that all the science community of modern man was built on lies and seemingly conspiracies. However, I decided to investigate to understand more about it, especially since on the surface it made sense, but even more the rotation of the sun and moon during the seasons was hard to refute with so much common sense behind it.  While I understand that the Mind of God and the ways of God are higher (Isaiah 55:8-9) than ours, which would warrant for a complex universal structure to it all, especially when you get into the mathematical calculations which make my head spin; I still hold value to the need for simplicity.

A simple life is truly a full life (Proverbs 13:7) and therefore, the scientific deductions are a great way to go deeper in understanding, but the surface should have a simple ring to it much like harmony.  With that being said, the scientist of the medieval times have brought about some new concepts that have become our new truth, but its complexities seem to almost grow into illusion. The deeper you go the more you know, and the less simplified it is, but eventually you should come to understand the whole of a thing, right?  Let us now question if our reality has been manipulated or just our perception (Anthony

Copernicus made a statement that we may want to consider before we dive into the journey of the heliocentric and geocentric universal models.

This is well said, and leads into the investigation.

Nicolaus Copernicus helped to change history!  Copernicus, the Polish Priest and Astronomer is credited for his theory that the earth is not the center of the universe, but instead it is another planet circling the sun, thus creating our today heliocentric view of the cosmos or better yet, our solar system.  This theory took humans from the apple of God’s eye, so to speak, to just another world in the vast cosmos. With the onset of the heliocentric view, humans more apart of the whole then a focal point of it.

Isaac Newton led us to understand gravity and our world as operated by natural laws veiled under the mystery of what is unknown, but can be known with human study.  As apart of human study we understand the religious history, the philosophical history, and the modern day observations of our time. Aristotle and Ptolemy supported the view that the cosmos or solar system was geocentric.  Ancient philosophers reasoned based off of first principles.

First Principles-something that seemed obviously true to everyone, and supposedly, needed no further examination.

3 ancient ideas about the universe in Aristotle’s time are important to the investigation. 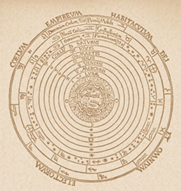 Idea 1. Heavenly objects must move on circular paths at a constant speed and earth is motionless (as the biblical record states-fixed & unmoved) and sits at the center of the universe. 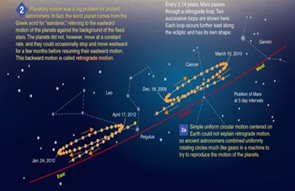 Idea 2. From earth’s vantage point the planets appear to follow complicated paths in the sky.  (these include precession of equinoxes, or backward motion that are difficult to explain in terms of motion on circular paths at constant speed). 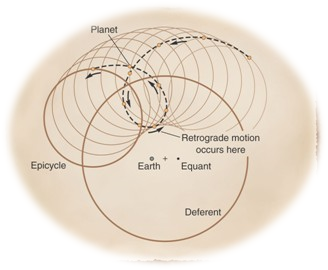 Idea 3. The assumption that earth is motionless.  Ptolemy created a mathematical and geometrical planetary model to provide details of the observation of moving planets, with earth unmoved and at the center of the universe.

Next we have Claudius Ptolemy who came 500 years later to follow on Aristotle’s general ideas of the cosmos, yet Ptolemy subscribed to the idea that first principles were secondary to accuracy. And rightfully so, because truth is the original information. While theories and ideas are great and often God revealed to us, the truth is what we should always be in pursuit of, regardless of our beliefs and ideas about a thing.

During the middle ages Aristotle’s concept of the universe combined with Ptolemy’s model ruled as the accepted view in ancient astronomy.  However, Copernicus in the 1500’s challenged the view with placing the sun at the center of the universe, creating a natural consequence where the retrograde motion of the planets was explained and understood in a more straightforward way, without the epicycles used by Ptolemy.  Furthermore, the Copernicus model displays earth moving faster on the trail of its orbit than the other planets that are further from the sun, which in turn means it periodically will overtake and surpass these planets. 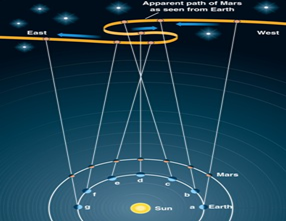 To understand this concept in more Layman terms, think of a runner who is running along on the inside lane of the track.  The runners that are far ahead of you appear to move forward as relative to the background scenery, and as you overtake or pass the slower runners who are positioned on the outside lane, those runners appear to fall behind or seem to move backward (retrograde) for a few moments relative to the scenery as well. 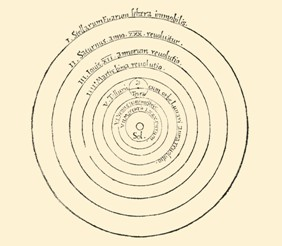 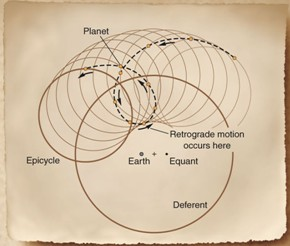 Due to these revolutionary ideas, Copernicus’s hypothesis about the heliocentricsim was adopted, but the Copernican model showing uniform circular motion was not accepted as accurate because it doesn’t precisely explain the motions of the planets as we know them today.

Now that we have visited the commonly accepted views of ancient history and modern day beliefs, let’s look at the Biblical record to trail some things about the heliocentric and geocentric models that might put things into perspective, and marry the two concepts as the Bible and science continue to marry each other as we understand more.

As our concept and knowledge of the universe continues to evolve and expand, let us now consider and revisit a historical theory that wasn’t as popular as Copernicus, the Geo Heliocentric Tychonic System!