Angels, Archangels, Angles, and a Look into the Physics of the Supernatural 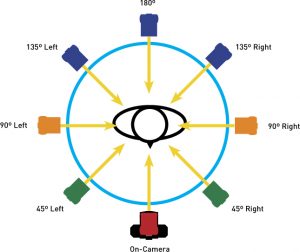 By faith we understand that the universe was formed at God’s command, so that what is seen was not made out of what was visible.

For since the creation of the world His invisible attributes, His eternal power and divine nature, have been clearly seen, being understood through what has been made, so that they are without excuse.

For by Him all things were created, both in the heavens and on earth, visible and invisible, whether thrones or dominions or rulers or authorities–all things have been created through Him and for Him. 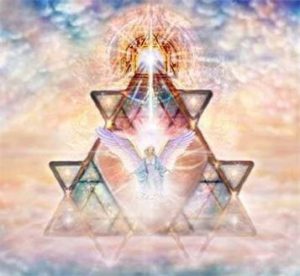 The more that I study the Bible, science, and ancient wisdom, the more I am blown away by the commonalities.  As I continue to investigate the Word of God, I in turn discover the beauty and layer of revelation that is hidden in plain sight.  The Bible has always been a very magical book to me, and uncovering its mysteries only multiplies the magic even more.

Recently, I was studying an article by Jennifer Reynolds regarding the coming Age of Aquarius.  In this article I was surprised to learn even more than I had originally set out to discover.  The article had a completely fresh perspective on the Age of Aquarius, and after studying this article, I found her points new and eye opening.  Jennifer Reynolds article connected more of the dots between the supernatural and natural worlds and their phenomena, while also capturing a level of interpretation in God’s Holy Word or the Scriptures, that have only elevated the truth about this Great and Magnificent Creator, to say the least.

Is it possible that as we scientifically examine physics (quantum physics, metaphysics, astrophysics) we are really exploring the realm of the angelic and supernatural?  This article is a brief view of what angels are or could be, when we begin to understand science, and break-down words and their meanings.

The truth is simply fascinating.

When we examine physics and the bible, we can start to unravel the scientific explanation of supernatural things.  This fact doesn’t surprise me anymore, because for the last 10 years plus, I have been discovering that science is more proof of the Bible, and it’s deductive efforts only reveal the higher realm of understanding to those who don’t naturally believe.  And this is perfectly fine, because this is what is needed for the world we live in today, even for believers such as myself, and this is the way to know what has been lost over time (or in time), and what some might say, “we have forgotten.”  Science is not new knowledge, it is lost knowledge, and science is not separate from the Creator, it is what He created.

Let’s examine the word Angel, angle, arc-angle, and Archangel.  In simplest terms arc-angle would be Archangel.  The bible uses the word angel to describe a messenger or God’s messenger, and it means “a mounted carrier, or one that announces.  Because the word angel is a composite of the word Ang-El, we must understand how these words are one in the same or how the natural is pointing to the supernatural and vice versa.

The root word Ang means to bend (curve, arch) and the word El, is a shining light.  This is significant because knowing this helps us to view the word angel differently, or perhaps scientficially.  This helps us to see the word Ang-El or angel as an associated word meaning “bending of light”.  Thereby, angel is the relative to the word angle, which means to bend and is defined as the “space between intersecting lines.”

When we dig deeper into translation, we discover more information to support the dynamics of the supernatural being expressed in the natural, or the spirit being expressed in matter, or the material.  This reminds me of Hebrews 11:3 in the Bible that reads:  By faith we understand that the universe was formed at God’s command, so that what is seen was not made out of what was visible.

(Ex:  the mirroring at a 90 degree angle and that angle is the courier of the electromagnetic wave).

One thing that is important about dissecting the scriptures with investigative discovery of the different layers/levels of meaning and interpretation are the necessity of looking at words in not only their original language but also in context.  The Bible was first translated into the Greek, so we can start there, but typically the Greek (as well as discovering root words, prefixes, etc) if the precursor to the Hebrew/Aramaic or original language.  The Greek word ηλεκτρον  is electron, and it is also the root of the English words electrical, electricity, electron, electric, electrician, elect, and so forth.  Many understand the word electron as being a derivative from Phoenician word elēkrŏn, which means shining light as well.  The Hebrews used both the prefix & the suffix of the word El to display or indicate the power and might of God.  Even today, electricity is referred to power, as in “switch/turn on the power.”

Interestingly enough astrology has much to do with angles.  How so?  Well the astrological world (sic) of angles being conjunct, sextile, trine, square, and opposition.

For the original information regarding this subject and more, please visit Jennifer Reynolds website for the entirety of the article. https://jenniaelaine.wordpress.com/2014/11/02/age-of-aquarious-son-of-man-going-below-the-galactic-plane/