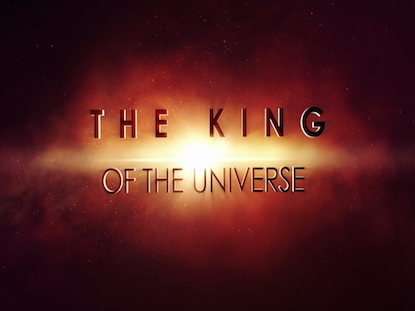 AND IT STARTS WITH THE KINGDOM OF LAW & ORDER

The Kingdom is so vast in realities, in construction, in concepts, and in the immutable laws (etc.) designed to ensure its existence, even unto everlasting elements of “the Kingdom”.  I could start with fancy things regarding realities and aspects of the Kingdom, such as Fibonacci Sequence, The Golden Ratio, Pi, or universal laws, angels, supernatural realms, ancient mysticism, and so on; but I will start with what I believe sets a diverse, common, and orderly thought and/or thought processes, of the Kingdom, and Kingdom concepts that are associated.

What I want to begin with in the study of the Kingdom is what I would value as the foundational building blocks for beginning to understand the magnitude and multifaceted constructs and existences, of what can be classified as ONE KINGDOM.

The ability to even define this into One Kingdom is a true reward for the person who discovers it and treasures it.

The One Kingdom is kind of like the point of SINGULARITY.  Where even as there is a moment in time where there is a significant point of time and action where the Big Bang takes place, imploding and exploding the vastness of the universe, as we know it thus far, and releasing nothing but potential…including the potential and reality of Duality, we have the point of “the” beginning, and what is encompassed within the one thing, or the singularity!  We can even include antimatter and matter (scientific evidence of a type of “duality”).  This is where we get to the basest singular point in time where everything happened; starting the process of further manifestations.  Like a ripple in the water so is the beginning of something and its unfolding, and the ripples are evidence of its existence and even furthest reaches.  The Kingdom is immutable to the point where any person’s inability to recognize it, or awareness of its existence doesn’t impede its existence or stop the realities of it; but instead it continues to be present regardless of whether we know and believe its there.

Light cascades across vastnesses of time, and so even does the Kingdom cascade across the vastness of all.

The Kingdom cannot be limited to just someones common understanding of fairy tale Kingdoms, with castles, Kings & Queens, princes & princesses, colonies & territories, armies & wise nobles, prophets & wizards, laws & governing rules, magic & witchcraft; but it is beyond these things, because these are the childlike understandings of a Kingdom and not merely all there is to the One Kingdom I am referring to, here since the beginning…

As we start our study of the Kingdom, I have chosen to start with Law as our base point, our singular point, and our point of foundation building, in an effort to establish our understanding of Kingdom from a simple & base level of understanding to a more complex level, and levels that extend into the supernatural elements of “The Kingdom or “The Kingdom of God”.

In order to provide the most logical and reasonable concepts of Kingdom, I have to study teachers and materials that support the concepts of the Kingdom, because it is scattered abroad.  In the vastness of our world, and the vastness of knowledge, it is much like a farmer scattering seed across a field, and this understanding and revelation of the Kingdom is like seed scattered across vast & innumerable fields to harvest what has been planted in the earth.  And what has been planted in the heavens and the earth, as I have discovered for myself in a very experiential manner, is the knowledge of the Kingdom, and for a time when we need to know who we are and how the Kingdom is relative to us both individually & collectively.

Below is a video for you to enjoy learning about this Foundation of Law for your journey into Discovering & Rediscovering the Kingdom.  I have also shared the outline for “What is Law” for your study, review, and sharing.

Why Keep the Law?

You don’t use law or keep law to become a citizen of a country.

Abiding by the law, does not MAKE you a citizen.  We need to first establish this distinction.

The beginning of this distinction is understanding the difference between Ritual Law and Divine Law.

People are afraid of law, because we have been taught that law is bondage in the church.  However, law is designed to protect us.  We keep the law to stay protected.  To put it quite simply, we stop at a red light and obey this traffic law to protect ourselves from danger.

The Fear of Law

3 Different Types of Laws that Humans Should Live By:  (1 is not permanent)

Civil – is a citizen living together civilized and in order.  Civil Law is not the same as Ritual Law.

(distinctions must be made, especially if we are to understand the difference between relevant/permanent and not permanent.

What controls you? LAW

Laws are set so we can all be civil.  Law actually does bring control, and it is designed to be for your benefit.

Grace has become a license for uncivilized behavior.  Grace being used to sin, and be without boundaries.  Acting uncivilized

Civil law is not rituals

THE POWER OF LAW AND ORDER