GET KNOWLEDGE, GET WISDOM, GET UNDERSTANDING

The dasypeltis scabra is a snake that swallows eggs, in fact it’s called the egg-eating snake.

The serpent, has long been a symbol of evil and of the enemy, since the beginning of time.  We can recall the story in the Bible in Genesis 3 that immediately identifies the snake as evil, sneaky, crafty, deceptive, and the adversarial enemy.  Why did the snake become a symbol of evil?

When you think of eggs think of them as the beginning of life, or the place from where life emerges. It is a type of incubation, much like the woman carrying the child in the womb, where life begins and is hidden and protected during formation.  It is a stage in infancy.

There is something we need to understand about the serpent, the enemy of mankind.  What we must understand is the attack!

Lest Satan should get an advantage of us: for we are not ignorant of his devices. 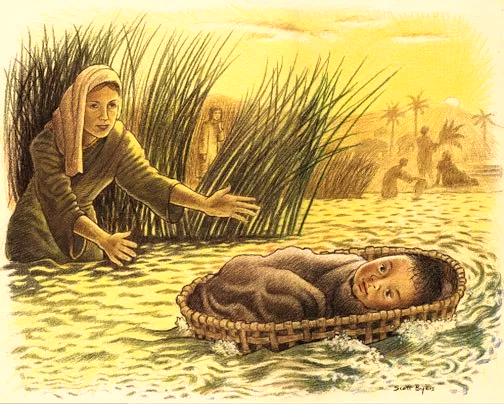 During the time of Moses, Pharaoh made a declaration that all the Hebrew babies be killed, and by a miracle, Moses was saved and his life was spared.  When Jesus was born King Herod also sent out a decree to kill the Hebrew babies under 2 years old, in an attempt to kill Jesus before He could ever live out infancy and ultimately be crowned King.  Both the Pharoah and Herod were threatened by the increase of Jewish life and by the idea of their potential power.

Before the Patriarch Moses would save the people of Egypt and live on to write the very words of God; the most important book and historical documentation in existence to date, he gave in to temptation and murdered someone, causing him to flee into the wilderness in exile for 40 years.  His provocation to anger was an attempt to kill his future ministry because he was afraid to return to do the job God was calling him to do. 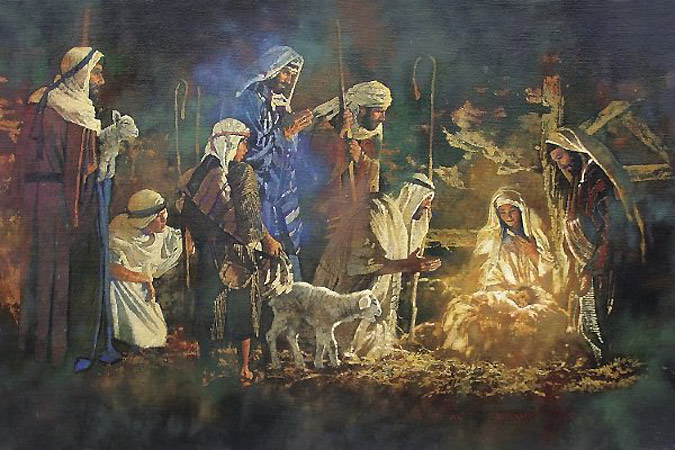 Before Jesus’s ministry began he was led into the wilderness fasting for 40 days.  After a 40 day fast, Jesus was clearly at his weakest. This is when the enemy decided to strike, by tempting Jesus, the Messiah to give up his greatness and kingdom to follow the serpent and rule in an evil kingdom instead.  The crafty serpent attacked Jesus when his guard was down and his mind weakened by desert elements and hunger, only to steal the Messiah’s inheritance; the true Kingdom of God He was born and destined to rule.  Already, we can glean a common denominator, which is the factor of how the serpent strikes us like infants when we are at our weakest, and at the beginning of something great, in order to steal our future, destroy our victory, and kill our destiny.  Jesus fasting for 40 days put him at his most vulnerable point in life, Jesus being a baby in a manger with a death warrant out on him, placed him in danger when he was defenseless and truly at his weakest. 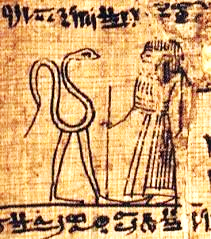 When Adam and Eve were in the garden, it was the actual serpent that was said to tempt Eve to break the ONLY commandment given to them in Eden.  He didn’t give them a list of rules, but 1 rule; to not eat of the tree of knowledge of good and evil lest they die. Before they could begin to be fruitful and multiply, before they could begin to do the will of God on the earth, the serpent beguiled the woman to do something that would create a fall for all mankind.  The serpent took her innocence and used it against her, and in the end, it brought a curse on her the “seed of her womb” for thousands of years. Immediately following the deception of the serpent enemy God followed her sin with a curse to her child-bearing. Child-bearing is the incubation and egg that life begins in and is protected from conception to birth. 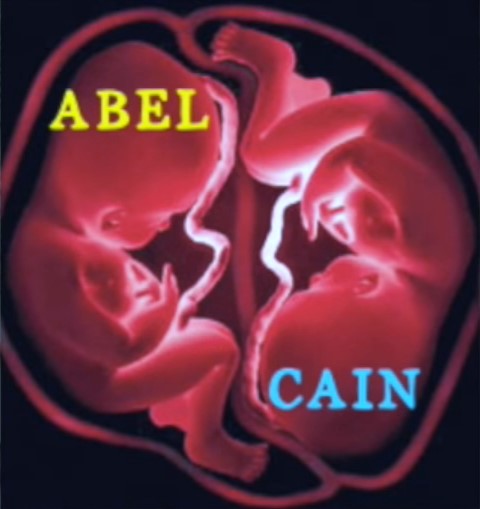 And I will put enmity between thee and the woman, and between your offspring and her offspring….To the woman, he said, “I will greatly multiply your pain in childbirth.  In pain you will bring forth children.

The curse reflects the conflict that will always remain between her “seed” and the serpents “seed”.  The serpent will live to consume the egg, the promise, the future, and the life of those who are at enmity with him. And to bring forth children will be a painful process that also reflects the struggle we face when we come into this world; where the serpent will always seek to destroy you from the beginning to the end.

The serpent, the enemy, the egg eating snake was after the beginning, the infancy of purpose, the youth, the life, the beginning of God’s purposes.

It is important to recognize the pattern here, especially since patterns repeat themselves, and can be predicted because of their continual repetitive nature.  God gave the Jews a promise to gather and resurrect the nation of Israel, yet at the beginning and before the fulfillment of prophecy, an evil force wreaked havoc on the Jews….new tactic of attack, same snake, however.  The Nazi grown Holocaust would wipe out over 6 million people in Nazi death camps. This demolishing of the Jewish race was taking place right at a time when Israel would be reborn. In fact, it was later reborn, and now the Jewish population has climbed back to around 5.7-6.8 million people.  The Nazi’s were powerful, intelligent, innovative, a force to be reckoned with, and hellbent on getting rid of Jews from the face of our planet. They were the serpents eating the eggs. 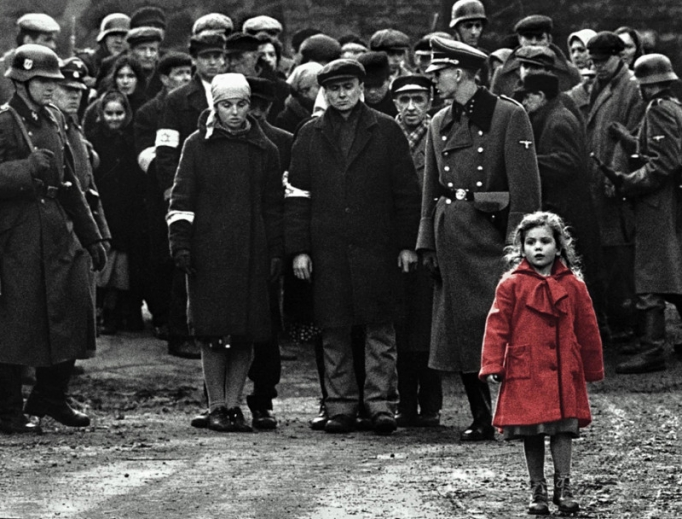 Why and how could someone or so many people, hold such a passion towards decimating an entire nation of people?  Why Jews? Why a race of people who are historically known to be a religious group, yet not the only religious group, just 1 of the main religious groups.  There is something to be said when the focus is on a religious nation of people to be completely annihilated repeatedly throughout history. Does it mean they deserve to be killed and they must be evil, so it is justified?  How could that be it, especially when many of us look at the man in the mirror and realize we aren’t all that innocent ourselves.

It is important to understand that at a time when Israel’s nation is increasing to where it was before the Jewish genocide in Germany from the attack of the Nazi’s against them, we are faced again with a growing hatred towards Israelite’s today.  The increase of anti-semiticism is smack in our faces and Israel is again fighting for its freedom and right to exist.

For you need endurance so that, having done the will of God, you may receive the promise.

In the BoOk of Mysteries Johanathan Cahn explains the preemptor and that the underlying wisdom to understand is “the purposes of God are always being attacked by the serpent, not only after they have begun, but before they begin; preempting them.  Just as the serpent is after the egg to swallow it whole, so too, when you are in the will of God that is when all hell breaks loose to discourage you and thwart the will of God for your life. It is, however, a good sign that you are in God’s will and that is preempting the attack on your victory.  The attack signifies the great calling, purpose, and blessing on your life if you will keep going and refuse to give up!

Refuse to allow the enemy to consume our children before they are born and while they are yet infants.  Don’t let anything destroy your purpose and destiny, and kill your future before it’s even out of its youthful beginning.  Resist the subtly sneaky urge to let your life die. Keep going and don’t give up until you see the purposes of God break through their shell!

Now thanks be to God, who always leads us in triumph in Messiah, and reveals through us the sweet aroma of his knowledge in every place.

Notes From Pg. 133 in The Book of Mysteries J. Cahn 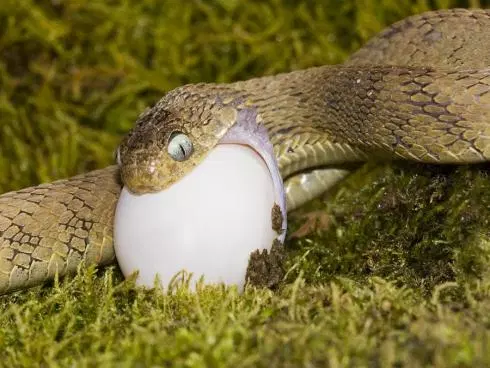 Do snakes eat their own eggs?

No, that would harm her chances of her genetics passing on. While clutches are big, they aren’t large enough to justify that. But if one of the eggs is non-viable, then the snake may eat the egg or just the yolk. This is a way of the mother regaining the nutrients that they ‘spent’ to create the egg.  Even so, you’ll want to keep the young separate from their mother after they hatch. Snakes don’t have a maternal instinct like mammals do, and wouldn’t understand how to care for their young.  https://www.snakesforpets.com/do-snakes-eat-their-own-eggs/

Even the snake is wise enough to know not to eat its OWN young, it’s own eggs, because it desires to reproduce after its OWN kind.  The serpent knows it is not wise to be divided against itself. However, the serpent’s crafty self-preserving nature instinctually will not waste the nutrients in the egg of it’s dud, but instead it will take back the nutrients it gave by re-consuming the life-less egg.  However, this cold-blooded reptile is so cold, it does not bear the maternal instincts of warm-blooded mammals, and therefore wouldn’t care for their own young when its born.