THE AGE OF AQUARIUS

He replied, “As you enter the city, a man carrying a jar of water will meet you. Follow him to the house that he enters… 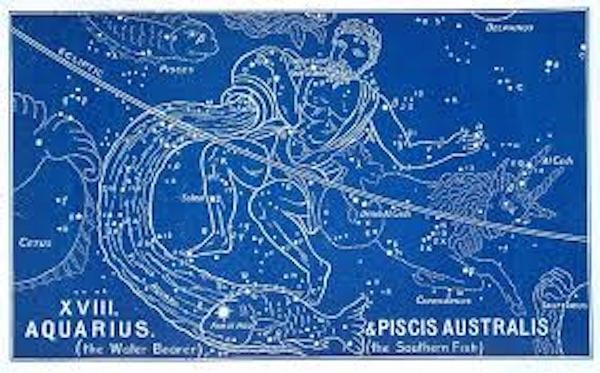 It is the sign in the zodiacal reel known throughout history as a man pouring a jug of water out upon the earth, but that water also flows straight into the mouth of another sign, a fish sign.  Aquarius is an astrological sign in the heavens, and like all 12 signs in the zodiac, it is accompanied by 3 decans. Think of the decans as kin to the main sign. In this case the 3 decans are Pisces Australis (Pisces Austrinus), Cygnus, and Pegasus, and they are like the family of the major sign, or house of Aquarius.  The decans are like major markers on the astrological time clock associated with their sign.  The decans tell of the signs coming, climax, and ending, also referred to as cardinal, mute, and fixed. 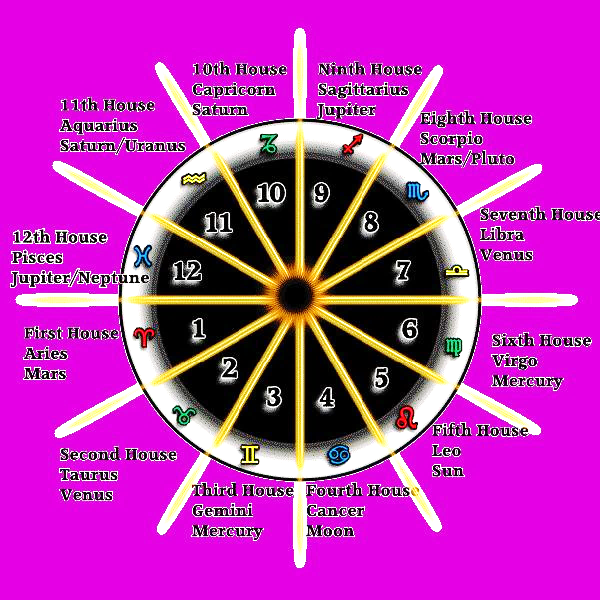 The sun arises in it’s new house every 2,000-2,160 years, as it heralds a new day, a new time, a new age, and that house tell us what age or time it is.  The ages mark the celestial clock, which is much like our earthly clock.  This is Aquarius on the sky map, which is much like a pictograph.  You will notice the 3 decans surrounding Aquarius. 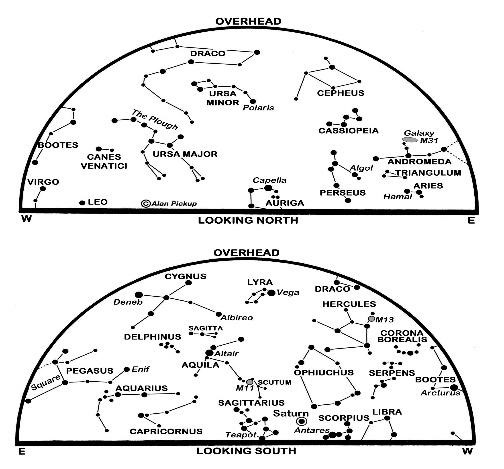 The Age of Aquarius is actually upon us.  Some say it is here and arrived on December 21, 2012, and many believe it is on the horizon, soon to take its place in the celestial clock.  Either way, the change from one age to the next is said to happen over a period of 30+ years; meaning it doesn’t just show up in one day, it shows up slowly but surely over time, much like the sun rising above the horizon, not instantly, but over the minutes and hours of the day, until it peaks at noon, and then starts its descent into the night, and into what will eventually be a new day.  This is exactly how the celestial clock (zodiacal clock) works. And this is all simply put.

The word Aquarius means water bearer, with the word aqua representing water, and the word rius representing the word for river, being the root word for river.  Based off of this most simplistic interpretation alone, we can view this dawning Age of Aquarius as an age “bringing rivers of water.”  And when we look at the world today we can see unprecedented floods taking place globally, with heavy rains, and rising sea waters to follow.  It is no secret that we are in fact experiencing more spikes in climatic changes world-wide.

On December 21, 2012 the world awaited to see what would happen.  The stories of Mayan prophecies were well known and distributed, and we all wondered what would their cause and purpose reveal.  Astronomers knew that on this date the earth and the sun would align over the galactic center (center of the galaxy) during what is called the galactic plane crossing.  The Mayans knew this well in advance, but it was confirmed by the scientific community.  The Mayans seen this alignment as a marking of the “end of a cycle of time” and also the end of their own Mesoamerican long-count calendar (for more info visit https://en.wikipedia.org/wiki/Mesoamerican_Long_Count_calendar).

The crossing alone will cause climate upheaval on earth, and these very dynamics that were known to the ancients of our world, were recorded in numerous sources, and one major source is the bible.  It is said that the crossing may have started around 1986, a time that is believed to be associated with the beginning of weather changes.

Our solar system consists of the sun, moon, earth and the planets, and astrologically it is placed on one of the spiraling Milky-Way galaxy arms, and over time, our solar system travels slowly up and down (above & below) the dense galactic plane of this spiraling arm.  This movement of above and below the galactic arm is called a sine wave, or at least it resembles one. It is important to note that we do not move directly up and down the galactic plane but we move at a curve along the galactic plane crossings. The sine wave is like a frequency moving up and down the plane as it travels.  The sine is to some associated with sin, as in the serpent. As it crosses up and down, it lines up with the Milky Way’s galactic center. The crossings could last several years, however during these crossings, the earth experiences weather changes such as: floods, earthquakes, droughts, severe storms, and the awakening of volcanoes (volcanic eruptions).  This could also be the cause of sink holes that are surfacing around the world, and this would make logical sense with so much disruption of the earth’s land masses, etc. The bible talks about birth pains and travailing of the earth in the last days, and these weather changes and global catastrophes are very much like the birth pains of our planet, as it crosses the galactic plane either upward on the sine (frequency) or downward.  These calamities however may not be isolated to just crazy weather on earth, but could be associated with outside atmospheric interferences, such as a massive fireball coming into orbit, biblically known as the destroyer.

We must think of the logic in our planet traveling on a different frequency through the galaxy on the spiraling arm and how the movement of our travels could bring interference in our orbit and attract different things like, meteorites, etc into the atmosphere.

Cyclically, as we make our way through the galactic crossings, humans cycle through what is anciently referred to as Golden and Dark Ages.  These are ages of time that were known to our ancient ancestors and astrologically can be associated with or marked out like the celestial clock ticking away and recorded in ancient calendars.  Think of the sine wave going up and down as it alternates through currents of positive and negative energy, receiving either detrimental energy or beneficial energy (golden and dark ages of time) where we receive what we are due based off of who we are and have become as a planet, as well as individually, moving above or below the galactic plane.  Meaning, we are either enjoying floods of light or dark, basking in good energy (golden age) or being stripped and deprived of good energy (dark age). Some would say, this energy tells us whether we are becoming more like God or more like the beast, being brutish and animalistic.

This is relative and very important, and if it is true, which I believe it is, this is proof that we are all connected and responsible in some manner as to the path of this planet.  That means, we are in more control than we realize, and taking a backseat is far more costly then we could have ever imagined.

As we understand and experience moving above and below the galactic plane crossing, as can be viewed in the sine wave, we would do well to examine if we see or perceive, that we are actually ascending above this time, or descending below.

Did you know that our Sun and Solar System spend equal amounts of time above the galactic equator, and below it, in the span of 12,000 year periods of time?  It is during these 12,000 year time spans that we move in and out of ages known to the ancients as: golden, dark, bronze, & silver. When we examine the vision in the Book of Daniel (Daniel 2) about the man made of different elements, are we being shown a time line of the ages that fit with our golden, dark, bronze, and silver?

It is believed by many that we are moving above the galactic plane crossing from Piscean Age to the Aquarian age, and straight to a golden age of consciousness and glory.  While many believe that, we may be entering a age of darkness, where evil prevails, and the rapture of the remnant who are faithful and holy (perhaps the reference to 144,000) will be saved from the coming or dawning age of darkness.  In my research there is evidence to support both, which may be why so many people see the paralleling number 11, as an encoded reference to this dawning age being golden to some and dark to others. Or perhaps the number 11 has nothing to do with that, but is just attached to the coming or present age of Aquarius, due to Aquarius being the 11th house in the zodiac; nonetheless there is still evidence of both a dark time and a time of glory that is approaching.  The time of glory however, is not one that will happen in the earth, but for those who are taken out of it when its destruction is here.  And that is largely what I believe about the dark and golden age when we think of Aquarius.  It seems that the earth is entering a darkness, and the birth pains will cause catastrophes that bring in a new birth, called a new earth.

In the bible it says there will be a new heaven and a new earth (Revelation 21:1), the old will pass a way as waxing old and a new thing will come.  The bible tells us that before this new heaven and new earth fully comes, this planet will be utterly destroyed by evil, calamity, and a fire that will tear the elements to the bone. But this will only happen in preparation of the new creation.  So, this may be foretelling of the earths descent into the dark ages as it enters into Aquarius, but those who call on the name of the Lord will be saved from the dark age. Did Jesus come in Pisces to save us from what was coming in Aquarius?  When he returns a second time, he says to look for him in the age of Aquarius. He also says that He will be with us until the end of the age…does that mean he will be with us until the age of Aquarius? Quite possibly because the end of the age he was in when he said this was Pisces, and if he is to return in the new age, will he be rapturing his church (no this is not a building but a body of people) out of the Aquarius age because it is an age of darkness, while the world celebrates it as an age of light, love, ascension, and peace.

Perhaps it is only a Golden Age of Light for those who are going on to be with the Lord….